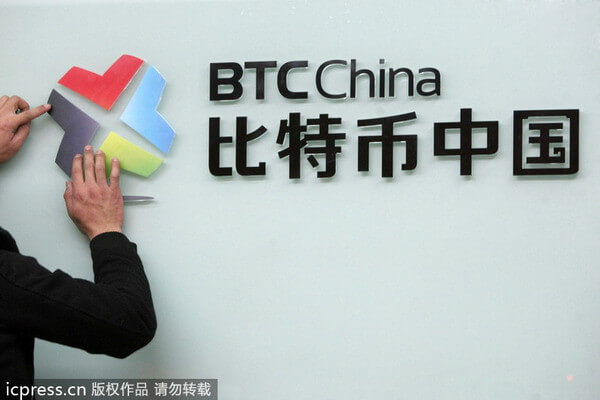 The virtual currency bitcoin has not been acknowledged by the Chinese government, but Li Qiyuan, the CEO of one of China’s largest bitcoin transaction platforms, BTC China, said the government is unlikely to ban transactions of the open source peer-to-peer virtual currency because of its innovative nature, according to the Guangzhou-based Southern Metropolis Daily.

After bitcoin posted significant appreciation last week, many companies dealing with bitcoin transactions in various ways have been established.

Mt. Gox, which was founded in July 2010 in Tokyo, was previously dubbed the largest online trading platform for bitcoins. In the middle of 2011, Yang Linke and Huang Xiaoyu, who are bitcoin fans, noted there were no similar platforms in China, leading them to create a simple website for bitcoin transactions. In March this year, another bitcoin fan Li Qiyuan resigned from Walmart’s e-commerce department, seeking an opportunity to start a business. When he first learned about the virtual currency, he described bitcoins as a “perfect currency.”

Li told the daily that bitcoins were established through a process of encryption, and its value was decentralised and borderless.

Li then got Yang and Huang to run a bitcoin transaction platform in March 2013.

No one expected bitcoin prices to surge this year. After BTC China was founded, nearly 90,000 bitcoins were exchanged on a single day in April, worth as much as 200 million yuan (US$32.83 million).

However, since bitcoin transactions are not subject to supervision or protected by law, the large number of transactions on the platform bear a certain amount of risk.

Li claimed the company focuses on the security of personal data and transactions as well as user experience. To ensure the security of the deals, BTC China worked with a third-party payment firm to allow users’ capital to be placed in accounts created by a third party. Moreover, the company also adopts a special storage method so that it can keep users’ private data safe.

Recently, BTC China announced that it had raised capital of US$5 million. Li stated the company will use the money mainly to improve the security of their products.