Bitcoin doesn’t meet the definition of a currency or even an electronic payment form in Finland, where the central bank has instead decided to categorize the software as a commodity.

Considering the definition of an official currency as set out in law, it’s not that. It’s also not a payment instrument, because the law stipulates that a payment instrument must have an issuer responsible for its operation, Paeivi Heikkinen, head of oversight at the Bank of Finland in Helsinki, said in a Jan. 16 phone interview. At this stage it’s more comparable to a commodity.

Finland is the latest country to try to come to grips with the advent of virtual currencies that aren’t controlled by any central bank or government. As regulators in Europe warn of the risks associated with using such software as a substitute for real money, authorities are struggling to design frameworks to protect consumers and businesses from potential losses they have no legal means of recouping.

In the Nordic region, Norway’s government has also decided Bitcoin doesn’t qualify as a currency, while in Denmark the financial watchdog says it’s putting together recommendations for lawmakers on how to treat Bitcoin and its competitors.

Globally, Bitcoin has had a mixed reception, with China’s central bank banning lenders from handling the virtual money. The U.S. Internal Revenue Service hasn’t offered guidance on Bitcoin beyond saying it’s working on the issue and that it has been monitoring digital currencies and transactions since 2007. Meanwhile, Texas Senate candidate Steve Stockman is accepting Bitcoin campaign donations.

Bitcoin ATM
In Finland, a AAA-rated euro member that has tended to side with Germany on most economic policy matters, the response to Bitcoin by the public has been mixed. One in ten Finns is interested in investing in Bitcoin, according to a survey commissioned by stockbroker Nordnet AB from CINT AB. Among Finnish men, interest was higher at 17.2 percent.

Barry Silbert, founder and chief executive officer of SecondMarket Inc., said in an interview on Bloomberg Television today. Silbert said the company’s Bitcoin Investment Trust now has as much as $65 million under management.

The outcome is likely binary: you’re either going to lose all of your money or it’s going to be a fantastic return.

U.K. tax authorities are considering whether Bitcoins should be liable for value-added tax, chargeable at 20 percent in Britain, after meetings with Bitcoin users. Currency transactions are usually exempt.

“Virtual currency is not legal tender — if it was, VAT would definitely not be due,” Her Majesty’s Revenue and Customs said in an e-mailed response to questions. The issue is “complex” and not being legal tender doesn’t mean “VAT will automatically be due” on virtual currencies.

‘Own Risk’
Though Finland’s central bank rejects Bitcoin’s status as a legal form of tender, Finns can legally use the software to make payments. Capital gains made on Bitcoin investments are taxed, though losses aren’t deductible, according to guidelines by the tax authority. Finns are required to pay income tax on mined Bitcoins.

Finns can enter into agreements on which means of exchange they want to use, Heikkinen said. No one supervises or regulates it, no one guarantees it and its value has fluctuated hugely. It’s at your own risk.

The price of Bitcoins soared in November, topping $1,000 for the first time, as speculators anticipated broader use of digital money. The price has since dropped to around $820 on Bitstamp, one of the more active online exchanges where Bitcoins are traded for dollars and other currencies. One Bitcoin cost about $15 a year ago.

If there appears a need to supervise the virtual currency and related activity, legislation should define this, Katri Jokinen, legal adviser at the watchdog’s institutional supervision department, said on Jan. 16. Buying Bitcoins isn’t a payments service regulated by current law. It’s like buying some product.

Bitcoin was introduced in 2008 by a programmer, or group of programmers, going under the name of Satoshi Nakamoto. There are 21 million possible Bitcoins that can be mined by a peer-to-peer network harnessing computers to complete complicated mathematical calculations. About 12.2 million units are currently in circulation, according to Bitcoincharts.com.

The changes in value are totally unregulated and very vulnerable to news, speculation and hoaxes, Heikkinen said. If the phenomenon grows and begins to cause side effects, officials will then have to consider whether to regulate it and how. 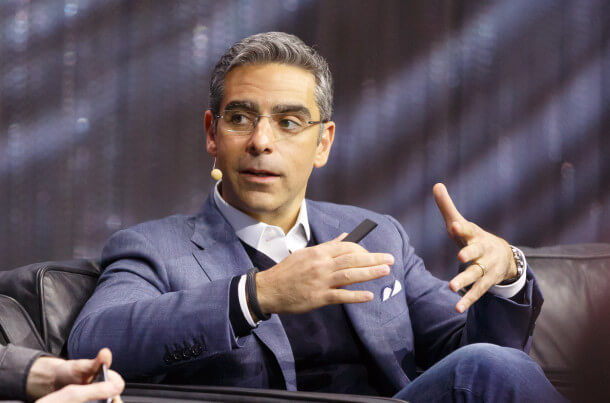