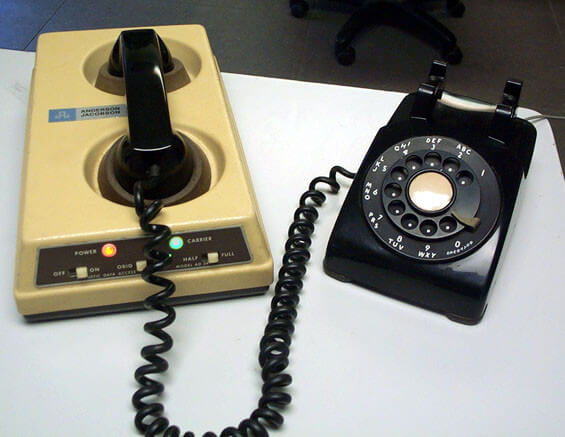 Current Criticisms of Bitcoin Are at Least 10 Years Too Early
The mainstream media often overlooks all the amazing and positive developments that are happening in the bitcoin world, as well as the incredibly innovative and supportive community that is building around bitcoin. To paraphrase Mark Twain:

The reports of bitcoin’s death have been greatly exaggerated.

Any criticisms of bitcoin at this point are at least 10 years too early. Bitcoin is in its infancy. Criticizing bitcoin today would be like criticizing email in 1985, which was the first year that I started sending emails. That was at least a decade or more before the world really caught up and email started becoming ubiquitous.

Early email
I was trying to get everyone that I knew onto email in the 80s, but it was too early. The technology hadn’t matured enough yet. People’s eyes just glazed over when I told them about email. It made absolutely no sense to anyone I knew at the time, nor did there seem to be any reason for email.

It sounds so silly to even say that now, but it was truly a completely foreign concept that seemed to have absolutely ZERO value proposition at the time. Even if you could come up with some fanciful reason to send an email, who were you going to email anyways? Barely anybody had an email address!

On top of this, email was extremely slow (dial-up modems at 1200 baud) and extremely expensive ($300 to buy your modem, then CompuServe cost $30 per hour, and there was no such thing as composing an email offline – if you were typing up an email, you were paying).

Email was also extremely complicated (my email address was a set of numbers like “78704,6572″ and you could only email me if you were using the CompuServe service yourself), and people thought email was just a fad (some local computer shop owner yelled at me over the phone when I asked him to email me a price list, telling me that he would never waste his time on email because it took 20 times longer than a phone call).

On the contrary, I loved email because I worked as a 13-year-old writer for Enter Magazine, one of the first computer magazines, and they bought my modem for me and paid for my CompuServe account. Because they were paying, I was logged on three or four hours per day. They required that all my magazine articles be emailed to them via CompuServe.

There were a bunch of legitimate reasons to criticize email in 1985, because it wasn’t fully mature yet.

When bitcoin evolves to a certain point, the masses will suddenly wake up to an incredible future that empowers all of us in ways that we can’t even imagine today.

In the 80s, people had absolutely no idea how important email would become, and today, we still don’t even know what bitcoin will become in the future.

Like I say in ‘Shit Bitcoin Fanatics Say: Video #1′, currency is just the first app of the bitcoin network. The genie is out of the bottle now, and there’s no going back.

Bitcoin is so much in its infancy right now that we truly haven’t even begun to see anything yet. All the best brains in technology are talking about bitcoin now, can you even imagine what the future will hold?

Hearing about bitcoin
I first heard mumblings about bitcoin in late 2012, but I didn’t really pay much attention to it at the time. It didn’t really click for me that bitcoin was something special until early 2013, when I learned that WikiLeaks was still able to receive donations via bitcoin – even though all the major credit card companies had prohibited them from receiving donations.

Next I read about the Cyprus banking shenanigans, where they arbitrarily took money out of everyone’s savings and froze accounts for large withdrawals. That’s when the lightbulb turned on in my head. I suddenly realized the value of a decentralized currency. I suddenly realized what it meant to be outside the control of a central authority that can censor whatever it decides it doesn’t like. I suddenly realized that bitcoin represents freedom.

I suddenly realized that many of the qualities that I stand for in my life (such as integrity, honesty, transparency, peace, and freedom) can all be reinforced and supported by a decentralized network like bitcoin. As I say at the end of Video #1, I really am in this to change the world. I am the starry-eyed dreamer who sees the ideals in all of this.

But even just from a currency point-of-view, the gears really started turning in my head. I started questioning everything, like why do I have to constantly exchange currency every time I travel to a foreign country? And why are my credit cards charging me exorbitant international fees and unfair exchange rates every time I make credit card purchases in other countries? And why are my clients still sending me checks via postal mail and then I have to wait while my bank puts holds on large deposits? And why do I have to work around banking hours? And is my US dollar really funding wars I don’t approve of?

Those questions were just the tip of the iceberg. Bitcoin made me start questioning everything. And the questions will continue for a lifetime.