Google searches on "Bitcoin Halving" are through the roof!

The other morning, BTCX's old friend (and recipient of the Great Blocktech Award) Ivan spoke about the upcoming halving. Not only does he have an incredible presence in front of his camera, he is also full of good news; how about that we can hope for a 400% rise in the bitcoin price? See Ivan's report to find out more: Here. Also Youtuber The Moon, like Ivan, notices that the searches for "halving" are crazy: Here.

The excitement at BTCX is high. Almost four years have passed since the last time, and now there are only days left until bitcoin's third reward halving. This is a very interesting event for several reasons.

If you are not familiar with what "Halving" means then we'll do a brief explanation here (it certainly does not mean that you should get any less bitcoin):

Bitcoin's so-called blockchain is like a long record of all transactions that happens in the system. A "block" can be likened to one page in this book of transactions. When one page is full, the page turns, and you start on the next page. Page after page, ie Block after block. This occurs approximately every 10 minutes. In the system it is programmed from the start that every time you have turned 210,000 "pages" the supply of bitcoin should be halved.

Imagine that the bitcoin system is a huge gravel pile that you have to dig in to find gold nuggets. Every 10 minutes, when you start a new page in the books, 12.5 gold nuggets are thrown out in the giant gravel pile, and everyone starts to dig for them. In reality, this gravel pile is a huge amount of data, and the gold nuggets, of course, are bitcoin.

This is called Reward Halving because the bitcoins can be considered a reward to those who engage computer power in the network. What will happen to the price of a bitcoin this time is unknown, but historically the halving in supply has meant an increase in value, which can be considered quite natural.

The graph below shows the last two halving events. If you feel like it's time to buy bitcoin, do it HERE! 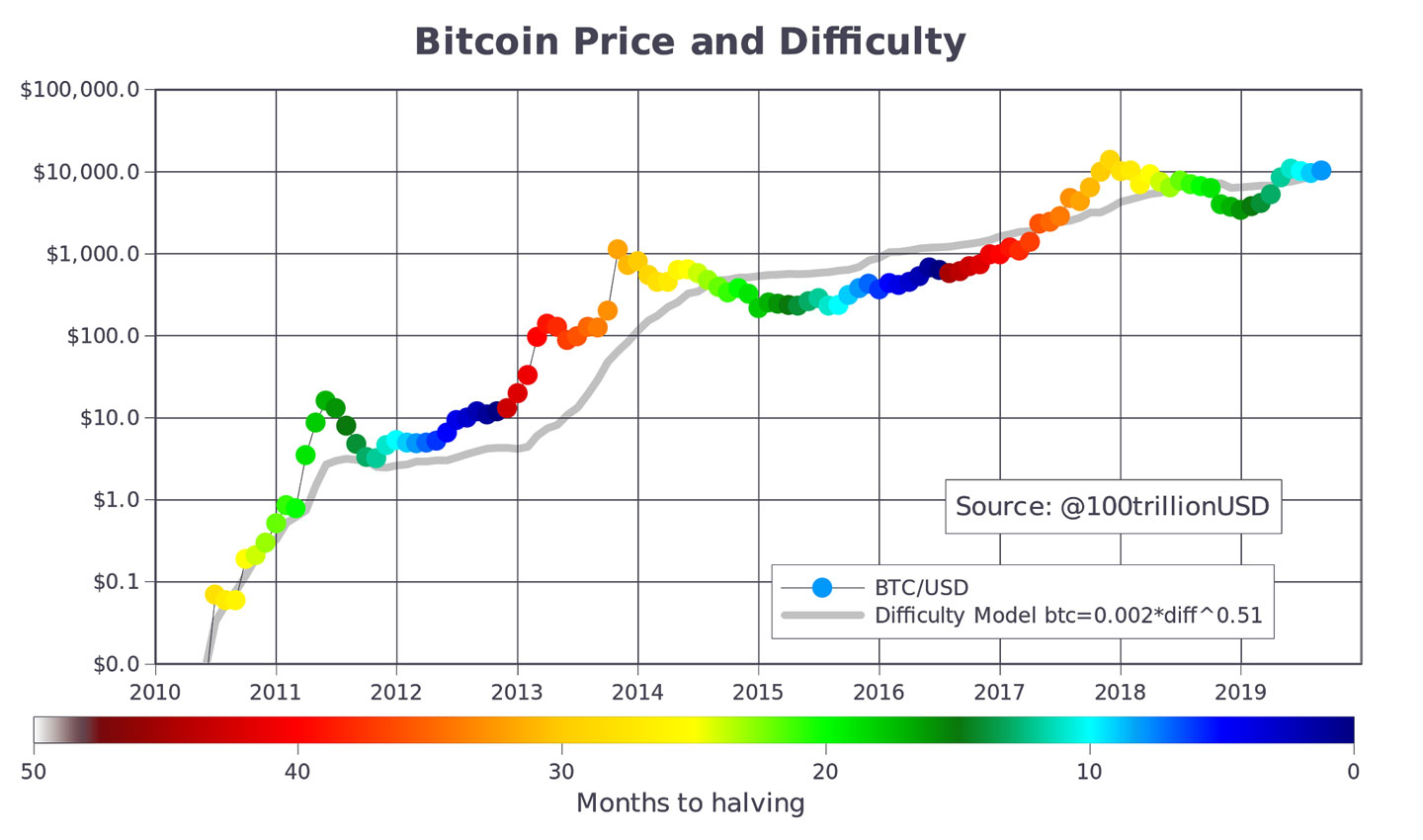 Forward towards the halving!

What can halving mean for the bitcoin price? Historically, it has gone up, up, up …