Deepdive into the crypto markets - March 2021

The past month of March has seen its ups and downs in the crypto market. Both the overall crypto market as well as bitcoin itself have seen a sharp rise and a smaller decline, and are now hovering at about 20% above the beginning of the month.

The largest shift in mindset that has happened however during this month is that the concept of digital ownership and purely digital art, primarily known as non-fungible tokens or NFTs, have exploded. The market has seen massive demand increases on many of the more premiere digital art auction platforms and the peak of it all happened in the beginning of the month when an artist known as Beeple sold a digital arts right to a painting for 69.000.000 USD. The artwork can be seen here. The world is shifting fast. That's for sure. 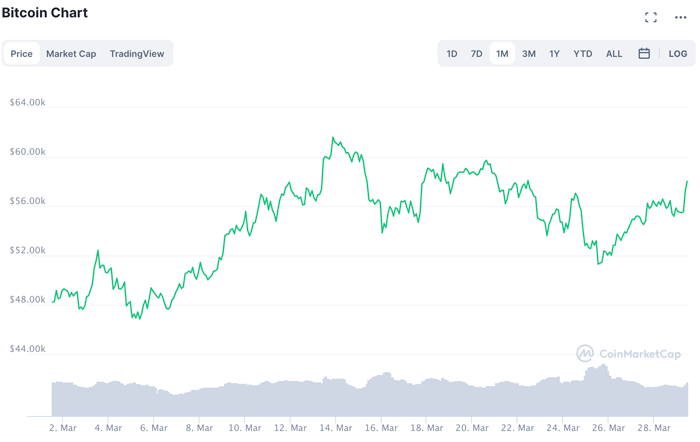 The bitcoin market is moving in its traditionally volatile patterns but with a continued uptrend for the month.

The crypto market excluding bitcoin is it as well moving in the same direction over the past month. 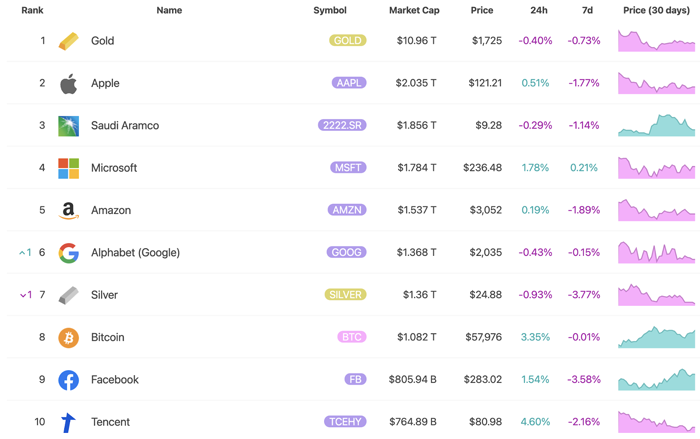 Bitcoin continues to climb up the ladder of relevance and have now passed (in)famous Facebook. Next up, silver. 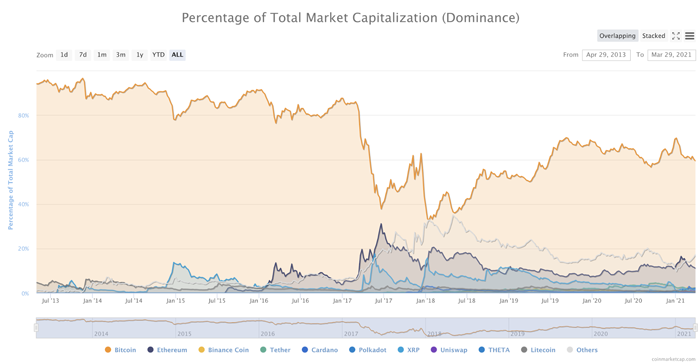 The dominance of bitcoin compared to the entire crypto market continues at a stable 60 percent. In our continued educational series we take a look at a unique way to lose money in the DeFi space named impermanent loss. Decentralised finance is a new way to explore the upside of a technology, but that means it is also a unique opportunity to explore the downside. Be careful out there. What Is Impermanent Loss in DeFi?

There are a lot of indicators apart from the price of bitcoin that points to an increased demand for the digital gold. Some include the two below which shows that the number of active bitcoin addresses as well as the number of new addresses over the past two years have continued to increase. 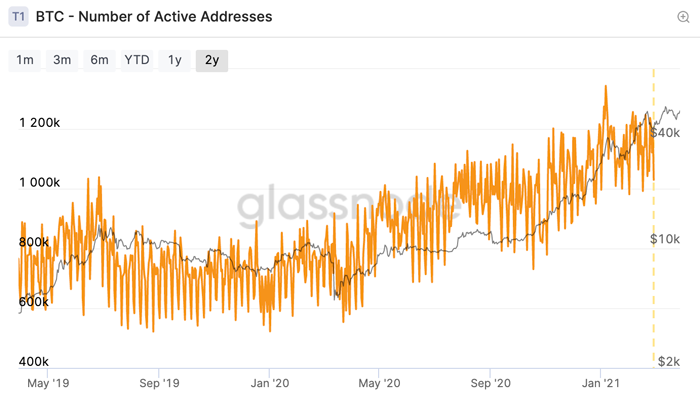 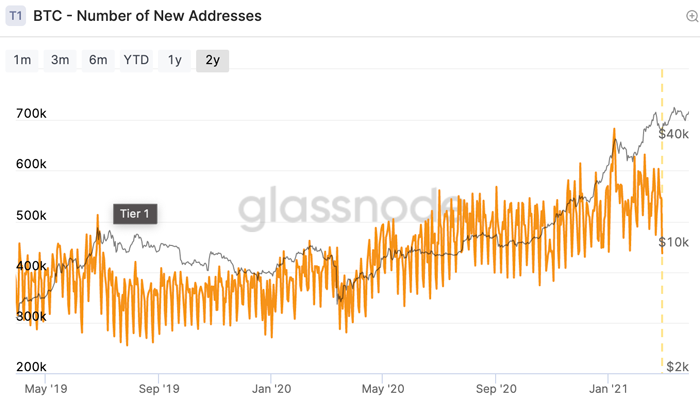 This is a very good indicator that indeed it is not only “number go up” or the famous NgU technology of bitcoin that is driven by short term speculation and a general “pump and dump” mindset but instead users joining in over time. Organic growth, if you will.

However, the block size, albeit a good thing that it is set to a fixed size so that bitcoin can continue to stay decentralised, makes it so that with an increased demand and a fixed space for transactions the number of transactions that are accepted into the blockchain does not scale the same way. As seen in the chart below, the transactions are actually decreasing over the same time period. 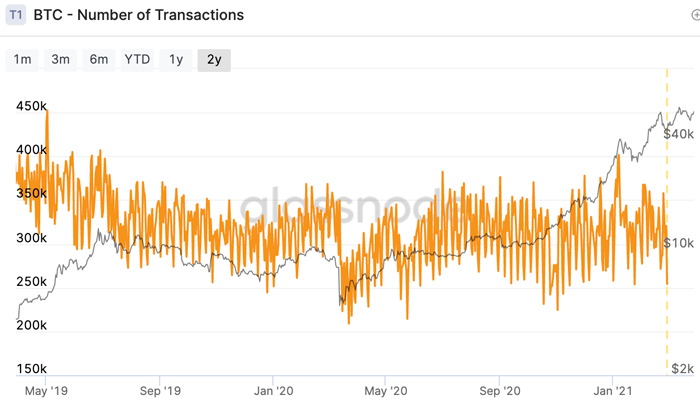 Instead, what has to give is the fees. The cost of performing transactions, since the amount stays the same and the demand increases, is instead the component which is moving. And it is, as expected, moving northward drastically. 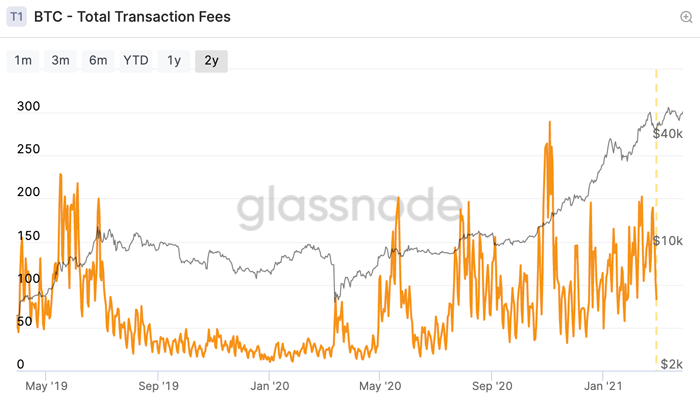 What you are looking at here is the total amount of bitcoin being paid as transaction fees to miners, making it quite an expensive part of a transaction, and so much so on smaller transactions that they are mostly not worth executing at the moment. However, if you are planning to perform some transactions at the moment due to the cost of a single transaction, the chart is not showing any sort of decrease over the coming months, so perhaps it might be a good time to bite the bullet and pay the transaction fee today, since it can be even more tomorrow.