2015 has been a busy year filled with new ideas, new businesses and a lot of hard work from everyone in the blocktech community. It was also the year where blockchain was acknowledged from traditional finance and banks for it’s revolutionary design and secure ledger.

Perhaps the biggest challenge of 2015 has been the, so far unresolved, block size debate, which recently caused a dramatic leave of Mike Hearn, one of bitcoin’s core developers, to R3CEV. BTCX stand in this question is to increase the block size and create a network capable of facilitating secure and fast payments to a highly competitive price. We transact thousands of bitcoin transactions each month with a majority of our customers using it for secure online payments. How this will be done is still an open question, however, we encourage the community to act now since the network is growing beyond it’s capacity as we speak.

For the past year, bitcoin and blockchain has quickly matured, and I think I speak of all of us when I say that it has not been without growing pain startups, regulators and banks are coming together on this very intriguing arena. This is perhaps the most revolutionary innovation since the dawn of internet, where blockchain and internet has many similarities with one big difference; information does not have a regulatory framework around it which finance has, making this endeavor even more important and harder to manage.

To round up last years efforts in Sweden, we have invited the most innovative persons and game changing companies in the blocktech industry to our 2nd annual BTCX|Blocktech Awards 2015, where we present the winners who have contributed to mainstream understanding, versatility and evolution of the bitcoin and blockchain technology during 2015.

The awards will be presented at Epicenter Stockholm, Stockholm’s first House of Innovation, the 28:th of January 2016 at 1800.

Thank you for a great year everyone and Welcome! 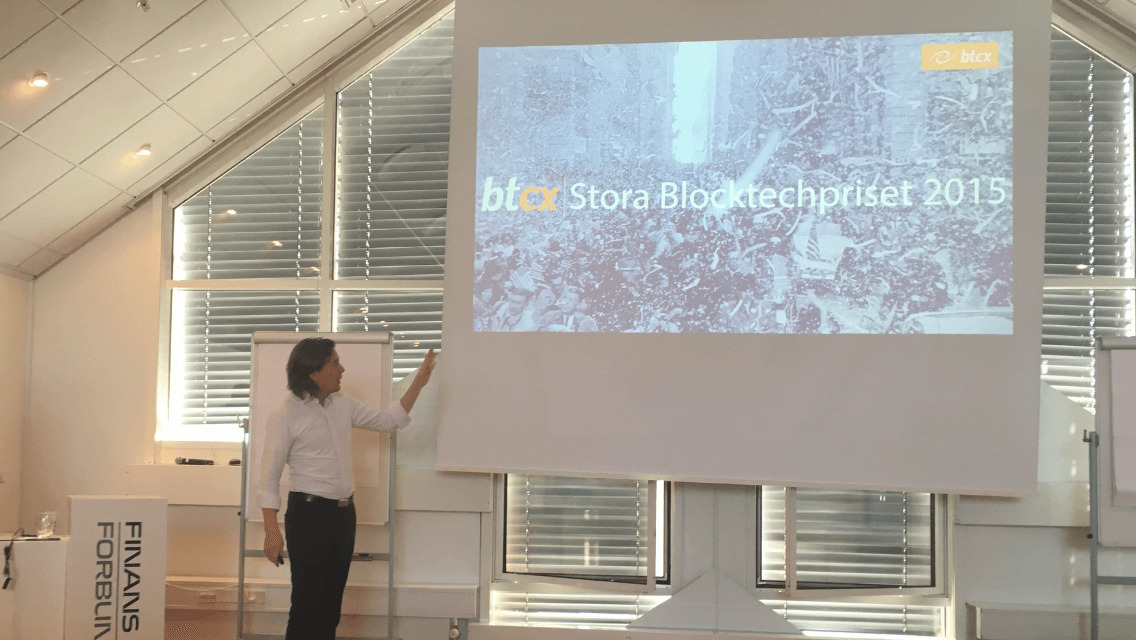