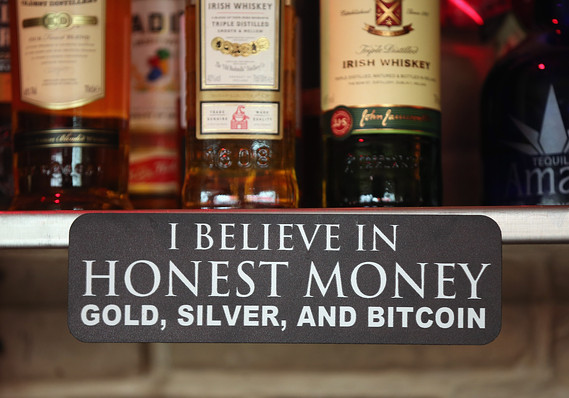 in popularity all the time.

But here’s a puzzle. The price of gold has been falling for most of this year, and it would be a brave investor who called this as the bottom of the market. And yet the price of bitcoins has been soaring. The goldbugs will tell you that the price of gold is being suppressed — it would be a lot higher if it was not being manipulated downwards. Others will argue that bitcoin is a faddish bubble, a nerd-ish equivalent of 17th century Dutch tulips. Its soaring price tells us nothing — except that people are as easily fooled as they always have been. Click to Play!

The actual answer is more interesting. Clearly there is a demand for alternative currencies, and bitcoin is in many ways a better product for that market. The price divergence is an illustration of how bitcoin is edging gold GCG4 +0.26% out of the “alternative money” market — and that is hardly bullish for the precious yellow metal.

For the few people who have not yet heard of it, bitcoin is a purely digital currency, minted in limited quantities by a pre-determined algorithm. No one knows who invented it, and no one controls it. Right now, there are 11 million bitcoins in circulation, and the algorithm will eventually create around 21 million of them. And that will be the lot — production will stop, and there will be that amount of digital money available, and no more.

At the start of this year, you could pick up one of those bitcoins for $13. Looking back, that was the steal of the year. The virtual currency jumped to a record of $947 Tuesday on the trading exchange Mt. Gox.

The point about bitcoin is that it is designed to be all the things that gold was back when the precious metal was a currency. It has a limited supply. It is not controlled by governments or central banks. It is not anonymous, as some people occasionally claim, but it is a lot more private than money held in a bank account. It is a store of value.

All things being equal, you would expect bitcoin price and gold prices to move in tandem. They should be driven by the same forces: a safe haven from turmoil in the markets; a hedge against inflation generated by central banks printing too much money, and a desire to diversify away from the dollar DXY -0.11% or the euro EURUSD +0.04% .

While bitcoin has been soaring in price, gold has been falling. At the start of this year, gold was trading at $1,700 an ounce. Now it has fallen below $1,250. The two-decade bull market in the metal looks to be decisively over. A few brave investors might be buying , but with inflation subdued and the Federal Reserve planning an end to quantitative easing, gold looks unlikely to recover any time soon.

The true believers in gold have a simple answer. The gold price is suppressed — governments and central banks have manipulated its price down because it threatens both their monopoly of paper money and their power.

Bitcoin is similar to gold, they say, but because its price is freely set and can’t be manipulated, it is not being suppressed. On that version of events, bitcoin is simply doing what gold would be doing — soaring — if no one was getting in the way.

Indeed, bitcoin may be a nerdish fad. The same kind of people who get more excited by a new Apple operating system than any sane person should are piling into the digital currency. Over hundreds of years there have been bubbles in everything from tulips, to railway stocks, to radio and space companies. This is not any different — a short-lived mania that will collapse soon and leave everyone who climbed on board feeling stupid. On that reading, there is nothing strange about bitcoin rising and gold falling — it is just a frenzy, and one that gold is not taking part in.

There may well be an element of truth in both arguments. Bitcoin is still extraordinarily volatile, and there is no doubt a lot of wild speculation in its price.

But the most likely explanation is that bitcoin is emerging as a serious currency. Unlike gold, it has a genuinely finite supply. It is not subject to manipulation, and its difficult to steal (although not impossible). It doesn’t cost much money to store it. And you can actually buy stuff with it — which you can’t with gold unless you happen to be in a Dubai souk. In many ways, it is a better alternative than gold, and its superiority is starting to become clear.

If bitcoin is edging gold, that explains the divergence in price. More money is moving into the digital currency, which with no liquid market means the price soars. And at least some money must be moving out of gold — explaining much of its weakness. After all, for a few thousand years gold has had the alternative currency market to itself. If it now faces competition for that role then you’d be wise to switch at least a portion of your “safe haven” money from one to the other. Because bitcoin could keep rising, and gold falling, for a long time.! 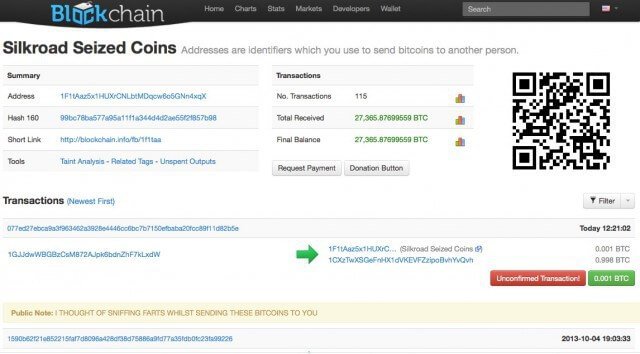